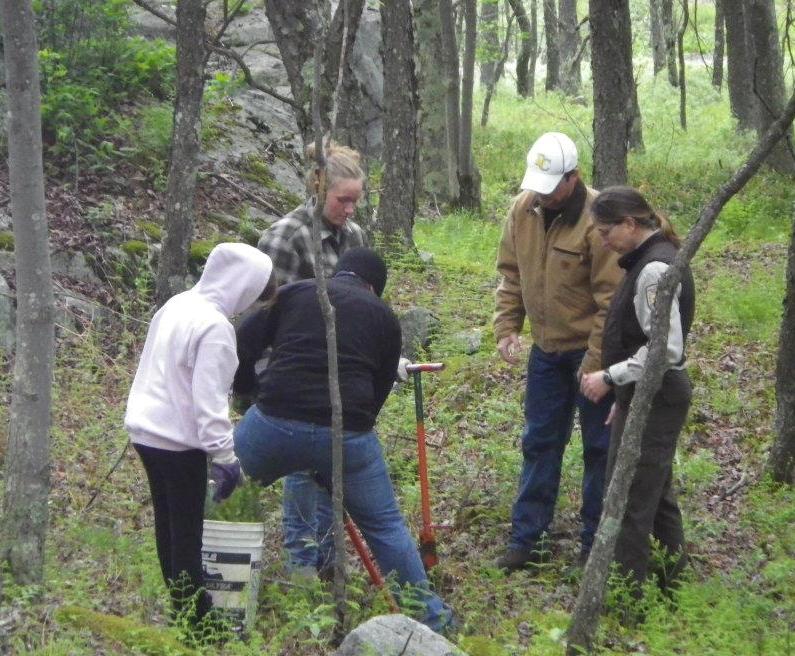 Canaan Valley National Wildlife Refuge (CVNWR) was recently selected as an America’s Great Outdoors (AGO) site. As an AGO site and an active member in the multi-agency Central Appalachian Spruce Restoration Initiative, the Refuge is working with local, state and federal agencies, and partners to conserve and manage public lands in this region in order to more thoughtfully improve their natural and recreational value.

West Virginia, and in particular the Central Appalachians, is home to one of the most biologically diverse temperate broadleaf forests on Earth and consists of some of the largest intact forest blocks in the eastern United States. The red spruce forests on the Refuge and in West Virginia were decimated between the 1880’s and 1920. More than 90% of the original spruce forests in the state have been logged and are in slow stages of recovery. The Refuge has been working through partnerships to restore the extent and ultimately ecological function of red spruce forests in the state for over 6 years.

Tucker County, the home of CVNWR, is made up of almost 50% of public lands and while the area’s natural attributes are positive community assets, the county, with a population of 7,141, has been assigned an economic status rating of “At Risk” by the Appalachian Regional Commission. The area has experienced population declines due to the chronic out-migration of working age adults and school funding has suffered as a consequence. The local school system faces constant challenges for funding for even the most basic supplies for teaching science curricula.

In 2010, Tucker County High School applied for and received a grant from the Monongahela National Forest to build an educational facility and greenhouse for growing native plants, with a focus on red spruce and balsam fir. Unfortunately only a portion of the project was funded. Despite the shortfall, students, faculty, and community members moved ahead, combining their efforts to erect the facility under budget and ahead of schedule.

The US Fish and Wildlife Service’s National Conservation Training Center recently announced the 2012 recipients of the Youth Funding Initiative Grants, which are designed to support the Service mission, Connecting People with Nature Priority, and the DOI’s Youth in the Great Outdoors Initiative. This initiative provided each FWS region with funding to be used towards projects that directly support on-the-ground activities that connect people with nature. In each region, three projects were selected for funding. In the Northeast Region, which includes West Virginia, field stations were asked to go beyond the original funding requirements and ensure that projects have an environmental education component in order to successfully compete for this funding.

CVNWR’s proposal–Cultivating Conservation Connections at Canaan Valley National Wildlife Refuge–was among the recipients of the grant funding. The application emphasized the key tenants of the funding, which includes engaging, educating and employing youth. The grant funds will provide Tucker County High School with funding to purchase supplies to begin growing red spruce and balsam fir which will aid the refuge with forest restoration efforts. It will also provide for two field trips: one to a local greenhouse and one to the Refuge to participate in planting red spruce. These trips will connect the students to “backyard” conservation and educate them on available conservation jobs from local, state, federal and non-governmental organizations. In addition, one student will be hired for the summer to learn about the Refuge, the restoration process, and how it fits into a larger landscape conservation effort. This student will develop and present a program on his/her experience working on the Refuge to his/her peers, the community and the Tucker County Board of Education. This student will also serve as a “liaison” to other students working on the project. The connections made between the Refuge and the local educational community during this project will serve as the basis for the Refuge to begin the Canaan Valley Restoration Leaders program, and to continue to work to encourage future partnerships.